Office refrigerator – there is hardly anything that causes as many discussions between colleagues as the shared refrigerators at the office does. At first sight, it is practical because everyone can bring their own food. You can put perishable things in there or get a cool refreshment at any time of the day.

But with the numerous advantages, come along some problems too. The most common reasons for tensions in the workplace are mouldy food, unpleasant stench or simply a lack of room. To resolve these problems, some rules on the use of the fridge can be established together.

But that is not standard in most companies. This results in fridges being foul-smelling, nasty, or sticky – as far as nobody wants to use them anymore. Because of this, a set of rules that everybody needs to follow, is essential. In the following, we want to present suggestions and some advice for a harmonious teamwork. Then it will work out with your colleagues as well!

Tip 1: There is enough room for everyone

A fridge at the office is for everybody. That’s why it is important that everybody has room in there. But that means also being able to back down a bit according to the own need of room.

For sure it is no problem to fit your own lunch box and maybe a drink inside. But anybody who hoards large boxes of sausage or a large selection of food in them for a long time, will incur the disapproval of his colleagues. Therefore, make sure to stow your food in a way saving space optimally already at home and don´t leave anything in the refrigerator that doesn’t absolutely have to stay there. By that, space gets saved and it will be possible for every colleague to refrigerate their food.

A good idea would be to assign an organizer box for every employee in the fridge and write labels for them. 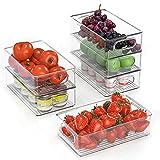 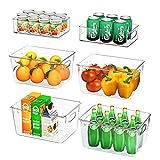 Always label the food, so nobody will take the other’s by mistake.

One problem occurring in numerous offices is the chaos in the fridge. Is it my yoghurt or my colleagues one? Who is in charge for the slowly moulding cheese? And who’s going to eat the opened chocolate bar?

There are always things in every office fridge accumulating gradually, so at some point no one knows who they actually belong to. Or they have simply been forgotten about. To avoid this and eventually causing displeasure, a lack of room or even bad smelling, its best to store all your food in your own distinctive box.

Labelling the food or drink with its corresponding content immediately indicates to whom it belongs. Therefore, brazen colleagues can’t use it as an excuse when they go to waste food for weeks. Also, everyone will be reminded that he still has food in the fridge.

Especially when putting larger bins of yoghurt, quark, or litre bottles in the fridge, there is a great danger of it going to be wasted. Possible reasons can be forgetting to consume it, being sick shortly afterwards or going on vacation.

Expired and spoiled food don’t belong in the fridge.

If you got, for example, a big, open yoghurt pot in the fridge and cannot use it up completely, it would be fair and ecological to offer it to your colleagues. That is a way better option then simply throwing it away or waiting for it to be inedible. Putting a note on it saying “feel free to eat” will solve the problem and allows others to have a snack in between times.

Tip 4: Get rid of dirt immediately

Even in a well-kept refrigerator, sometimes it happens that things get spilled, dripped or sticky marks get left behind. That’s not embarrassing at all but will get unpleasant if those leftovers get not cleared up and nobody feels responsible for it.

Thus, anyone who causes a mishap should clean it up immediately with a damp cloth and some washing-up liquid if necessary. Because nobody wants to find slops or stains from the colleagues where they themselves store their meals.

Storing intense aromatic soft cheese, fish, or kebab in the joint office fridge is quite a bad idea. Imagine wanting to get the first coffee in the morning and your breakfast out of the fridge, and there is a strong smell of garlic coming your way. This is anything but pleasing but first of all disrespectful to other colleagues.

For this reason, colleagues should agree that strongly smelling food should be left home or put in airtight boxes. In principle, food should never be stored openly for the other employee’s sake. Otherwise, bad smells are almost inevitable.

Tip 6: Everyone is responsible for cleanness

No fridge cleans by itself. In most companies, certain employees are chosen for a regular cleaning of it. In others, a rotating system predominates and sometimes even the receptionist does the cleaning.

Basically, rules are a good idea, but it should also be made clear that everyone is responsible for cleanness if they use the fridge.

A cleaning roster can help to clarify who is responsible for cleaning and when, and who is representing him if he is not in the office. Therefore, having the same person for the cleaning as always gets avoided.

Any expired food should be disposed consequently, which of course applies to mouldy and foul-smelling stuff too. Such a fundamental cleaning should ideally take place once a month. This includes cleaning all surfaces and places for storage thoroughly.

Because if nobody feels responsible for bad food, it can continue to mould and, in the worst-case, lead to a danger in health for other employees. A great advice is also asking the colleagues by a circular email to consume or clear out their food until a certain date.

By that, the increasing number of abandoned foods can be prevented. Durable food that can’t be assigned should for sure not be thrown away but rather given for general consumption.

For most people, it goes without saying that they should not take anything that’s not theirs. But some bold employees still like to pinch other food.

It might be quite tempting seeing a delicious snack in the fridge while not having anything to eat on oneself but it’s better to keep one´s hands off it – for the sake of the good mood among colleagues. In turn, oneself can and should of course share at any time if not being able to consume its food on its own.

A fridge that gets used at the office in common can cause various conflicts and tensions. That’s why it is particularly important that everyone who is in use of it, follows the established rules. Addressing shortcomings right off avoids concentrated anger for the longer term.

If you notice that your colleague has spilled something or that their food smells unpleasant once more, you should not be ashamed and speak to him immediately.

Small punishments like bringing a cake or snacks for other colleagues are motivating as well. In this case all colleagues can decide for themselves which solution is best for a harmonic teamwork at work!

Tip 9: Set the rules all together, just from the beginning on

If there are no rules established yet and the office fridge leads to conflicts again and again, convening a team meeting can be quite helpful. Here, rules can be set altogether so that everyone understands them from day one and can follow in the future.

Advise: Hang them up at the fridge for everyone to be clearly visible! Because every time you use the fridge, you are reminded to take responsibility for cleanness yourself and should use the device respectfully. Due to after all, you are not the only one using it and want to come upon a clean one yourself.

The post "Office refrigerator – how to avoid trouble with colleagues" written by:

Stephan is from Dresden, Germany. He is a founding member of Deskonia since 2009.

Stephan is a home office worker since 2013 and became a home office expert. He shares his experience and publishes various tutorials for a better life at the office und creates tutorials on topics like ergonomics and communication.

If you want to get in touch with Stephan, you can easily reach him via e-mail: forstmann@bueromoebel-experte.de.

see all posts by author

Tips against loneliness while working from home

Webcam alternatives when working from home

Standing at work – appropriate or not?

Setting up an office break room – what to consider